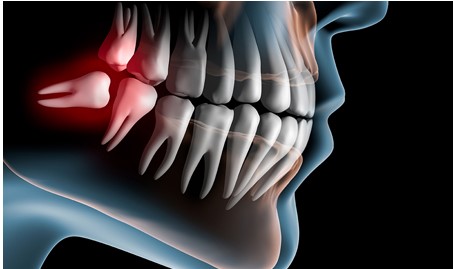 Amongst the most known teeth stands the might of the wisdom tooth, infamously known for its removal due to the often misalignment of it with the other teeth. Poor alignment of wisdom teeth can crowd or damage adjacent teeth, the jawbone, or nerves.

A process wherein the removal of a wisdom tooth is planned based on its posture with the gums and the tooth beside it. A wisdom tooth will either be removed in one piece or an incision is required to extract it to minimize the amount of bone that needs to be removed to get the tooth out.

Anatomy of the Teeth

The teeth are the hardest substances in the human body. Besides being essential for chewing, the teeth play an important role in speech. Parts of the teeth include:

Enamel: The hardest, white outer part of the tooth. Enamel is mostly made of calcium phosphate, a rock-hard mineral.

Dentin: A layer underlying the enamel. Dentin is made of living cells, which secrete a hard mineral substance.

Pulp: The softer, living inner structure of teeth. Blood vessels and nerves run through the pulp of the teeth.

Your dentist or oral surgeon may recommend that your wisdom teeth be extracted even before problems develop. This is done to avoid a more painful or more complicated extraction that might have to be done a few years later. Removal is easier in young people when the wisdom teeth roots are not yet fully developed and the bone is less dense. In older people, recovery and healing time tend to be longer.

The relative ease at which your dentist or oral surgeon can extract your wisdom teeth depends on their position and stage of development. Your oral health care provider will be able to give you an idea of what to expect during your pre-extraction exam. A wisdom tooth that is fully erupted through the gum can be extracted as easily as any other tooth. However, a wisdom tooth that is underneath the gums and embedded in the jawbone will require an incision into the gums and then removal of the portion of bone that lies over the tooth. Often, for a tooth in this situation, the tooth will be extracted in small sections rather than removed in one piece to minimize the amount of bone that needs to be removed to get the tooth out.

The oral cavity often harnesses teeth which, due to certain developmental difficulties, do not erupt in their right place. They often remain dormant inside the bone. However, when they pose a problem due to the forces they exert or when they become foci of infection, their removal is their only cure.

The most common impactions are seen in cases of wisdom teeth (third molars). Sometimes, even canines or other teeth might be found impacted in one’s mouth.

Each wisdom tooth is unique and depending on how it grows, it can have a different impact on bones and/or tissues. Their varied developments may affect other teeth and cause troubles.

If the impaction is between the third molar and part of the second molar, this kind is called bone impaction. It can be subcategorized into vertical, horizontal, and angular depending on the way they are intersecting. If the wisdom tooth is directly breaking out of the tissue, it is known as tissue impaction.

The following four impactions are commonly found in patients

Bone Impaction (Vertical) :Impaction would cause pathosis inside the cheekbone or jaw bone.

Bone Impaction (Horizontal) :Besides leading pathosis, horizontal placement would hurt the hard tissue of the second molar to cause toothache and cavities.

Bone Impaction (Angular) : Besides leading pathosis, angular placement(Mesio/Disto) would hurt the hard tissue of the second molar to cause toothache and cavities.

Tissue Impaction: The wisdom tooth almost erupts out of gum, or its half erupts out of gum to cause pseudo-pocket. Besides leading pathosis, it easily tracts food debris and causes gum irritation.

Intermaxillary fixation and rigid fixation are two methods of fixation, a procedure for stabilizing broken bones and allowing them to grow together in the proper position.

Fixation is an important step in treating fractures. It is also a crucial part of orthognathic surgery, used to correct mandibular and maxillary deformities. Orthognathic surgery on the mandible and maxilla generally involves breaking the bones in a controlled way and then resetting them into correct positions. After the bone is set (a process called “reduction”) a period of fixation ensures proper healing.

Rigid fixation: Tiny screws or plates are attached directly to the fractured sections of the jaw bone. This process does not require physically binding the jaws shut.

Rigid fixation is becoming the preferred fixation technique when possible because it is so much less disruptive to a patient’s quality of life during recovery. However, applying for the screws and plates directly onto the bone requires a much more invasive procedure. The metal plates used to attach bones in rigid fixation are usually left in place permanently. The oral and maxillofacial surgeon will determine the fixation technique most appropriate for each patient’s case.

Alveolar osteitis is inflammation of the alveolar bone (i.e., the alveolar process of the maxilla or mandible). Classically, this occurs as a postoperative complication of tooth extraction.

Alveolar osteitis usually occurs where the blood clot fails to form or is lost from the socket (i.e., the defect left in the gum when a tooth is taken out). This leaves an empty socket where the bone is exposed to the oral cavity, causing a localized alveolar osteitis limited to the lamina dura (i.e., the bone which lines the socket). This specific type of alveolar osteitis is also known as dry socket or, less commonly, fibrinolytic alveolitis, and is associated with increased pain and delayed healing time.

Who Is Likely to Get a Dry Socket?

Some people may be more likely to get a dry socket after having a tooth pulled. That includes people who:

What Are the Symptoms of Dry Socket?

If you look into the site where the tooth was pulled, you’ll probably see a dry-looking opening. Instead of a dark blood clot, there will just be whitish bone. The pain typically starts about 2 days after the tooth was pulled. Over time it becomes more severe and can radiate to your ear. Other symptoms of dry socket include bad breath and an unpleasant smell and taste in your mouth.

Get the Appointment today